MAN Commercial’s Security Team at Amazon EUK5 in Peterborough have achieved 100% in all their KPI’s for the month of June 2020, earning themselves outstanding status over the last 4 months.

We are beyond proud of this group of Officers, led by Security Manager Rich Unitt, but these excellent results are actually the latest in a long line of fantastic achievements by this team. Rich said of his team’s results “It is all credit to the teams and their outstanding engagement and efforts.”

MAN Commercial’s Contract Manager for Amazon Dave Keighley added  “The scores include many positive comments, to achieve 100% despite the challenges faced during these times is fantastic.”

One of our core officers, Elton, was last month responsible for preventing thefts worth hundreds of pounds. With search techniques reduced at the moment due to Covid-19 safety precautions, Elton showed an excellent eye for anything untoward by spotting full pockets and a change of posture on the suspect. A few days later, Elton detected another potential thief who was attempting to hide some perfume bottles under his hoodie as he made his way out of the fulfilment centre. Elton was recognised for his Outstanding Contribution to the team’s success and presented with £25 High Street Vouchers alongside his certificate.

The second Officer who was celebrated for her contribution to the achievements of EUK5 is Yvonne. Yvonne spotted an associate with something concealed under his arm, which on challenging him she found to be an apple charger, the discovery of which lead to further electronic goods being located.

Team Supervisor Rashid Khaderzai also received a Special Recognition Award after his quick reaction to a fire outbreak in the cardboard trailer on site. Rashid was praised by Amazon for his fantastic organisation and leadership whilst handling this potentially dangerous situation.

Yvonne, Rashid and Elton received vouchers alongside their certificates, alongside Rich Unitt and the rest of the team who were all awarded with MAN Commercial cupcakes.

HR Director Traci McCallister and People & Communications Director Laura McCarthy visited site this week to present the awards and pass on congratulations and thanks to the team.

Please view a gallery of images of the day 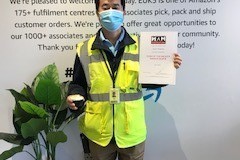 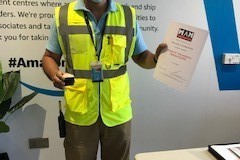 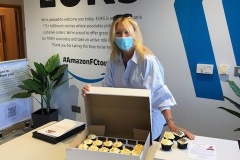 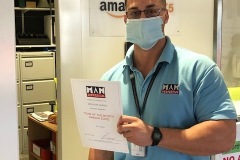 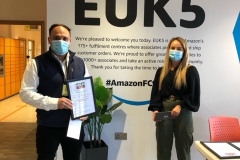 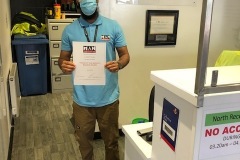 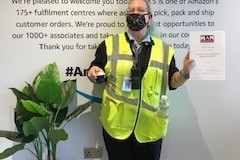