We recently shared the fantastic news that our Officers from Meggitt Aerospace in Coventry have been successful at the regional rounds of the prestigious annual British Security Industry Awards 2020.

MAN Commercial firmly believe in recognising and celebrating the achievements of our Officers, be it excelling in their day to day roles or outstanding acts that really set them apart.

The Meggitt Team were awarded Regional Winner awards in the following categories:

The full list of officers awarded the Regional (Midlands) Security Team of The Year is as follows:

Please click on any image to view a larger version. 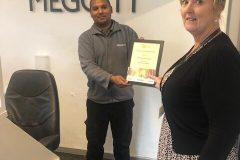 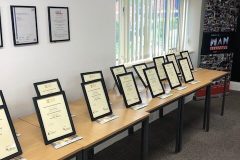 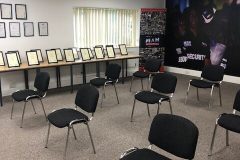 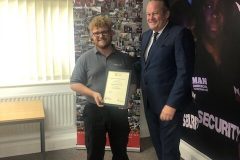 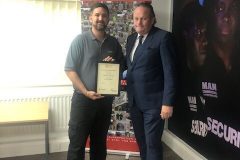 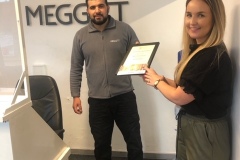 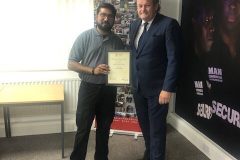 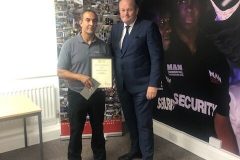 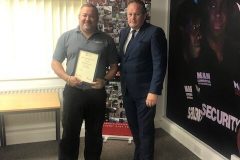 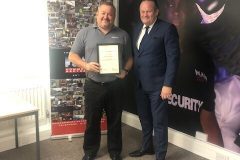 MAN Commercial were delighted to take over the security contract at Meggitt in December 2019, and since then our team have grown from covering one site to two as Meggitt expand into a new location in Coventry’s Ansty Park. This has meant we have been able to recruit more excellent officers to join us and have watched our team grow and gel together.

Our Security Manager Steve has expertly managed the team during this transitional time and has quickly become a great asset to MAN Commercial, which earned him his own personal success at the Regional awards.

Steve, like all of us here at MAN Commercial are incredibly proud of the team for what they have achieved. He said: “‘’Since the restructuring of the team, they have really pulled together with the more experienced members mentoring and training the newer team members, and the newer team members lifting the more experienced members with their passion and enthusiasm. A strong almost family like bond exists between all staff created on the principles of hard work, mutual respect and understanding, and based on the respective part each individual plays in the overall team. Without MAN Commercial Protection’s unwavering support and guidance, we could’ve never achieved such a prestigious award for which we truly grateful. It’s our diversity that makes us stronger as a team.’’

Officers James Barrowman and Marc Pawson were put forward in the Outstanding Act category following their involvement in a tragic incident just outside of the site when a bus collided with a young pedestrian. James immediately attended the incident and administered emergency first aid to the child trapped beneath the bus. James stayed with the boy and cared for him until the ambulance arrived. Marc was responsible for alerting the emergency services and helping organise the efforts.  The quick thinking of both officers saved this boy’s life and they are extremely deserving of their regional win.

James Barrowman said of his nomination “Being nominated and put forward for an award from MAN is heart-warming. This shows how much MAN put into ourselves and the recognition they give us for how hard we work on a day to day basis.”

Unfortunately, due to Covid-19 the national finals of the BSIA Awards could not take place as usual in London this year. However, the BSIA did a great job of organising a remote ceremony on their You Tube channel and invited all nominees to participate.

We therefore arranged for the Meggitt team to join us at Head Office to watch the ceremony and celebrate together where they were personally thanked by Iain McCallister MD and their regional awards officially presented. Each member of the team received their certificate from the BSIA and £25 High Street Vouchers from MAN Commercial.

Iain McCallister told the officers, “I am delighted to have you all here today. Your team has made taking over the security at Meggitt easy, it is great to have you all on board. Congratulations on your achievements and let’s continue onwards and upwards!”

Unfortunately, we were not winners at the national finals this year but our team members enjoyed the visit to Head Office, watching the live awards together and celebrating the deserved winners from other regions – congratulations from MAN Commercial to all the industry officers commended this year.