In April we announced that two of our teams had been named as regional winners for ‘Best Team’ in the preliminary rounds of the 2022 British Security Awards. The British Security Industry Association’s (BSIA) annual awards celebrate security companies and personnel throughout the UK by recognising them for their commitment to keeping people, places and property professionally protected. Our teams were selected as the very best from a record number of entries – wow, what an achievement!

On 18th May we invited Dan and Anton from Cambridge Leisure to attend a special presentation at our Head Office. Dan and Anton, representing the whole team, enjoyed their first visit to MAN HQ which included a tour, meeting the office team and lunch. The main event, however, was presenting them with their BSIA certificates, declaring them the ‘Best Team’ for the East of England region.

Dan said, “Anton and I thoroughly enjoyed our visit, especially our tour, always interesting to see what goes on behind the scenes. It was also great to be able to meet everyone that has taken MAN Commercial to where it is today, and of course receive the award for the team!”

Anton, one of the team’s supervisors, added, ““I have worked at Cambridge Leisure for over 8 years and to be recognised by the BSIA for the regional award for the best team is fantastic.  It is testament to the whole team here and we are focused on delivering a high standard not just to the visitors to site, but also the occupiers on site.  The award is great motivation for the team to continue the high standards that have been set and by working together we can only get stronger.  The security industry very often gets missed on recognition so to receive this award is really motivating.  We will continue to thrive to reach the standards that have been delivered!”

Congratulations Cambridge Leisure team, and fingers crossed for the national awards at the end of June! 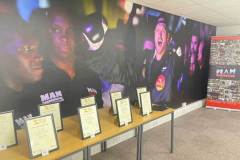 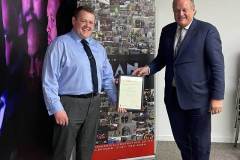 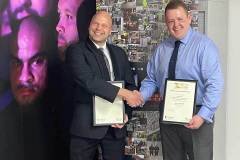 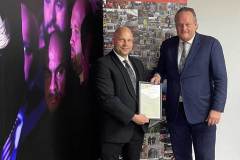 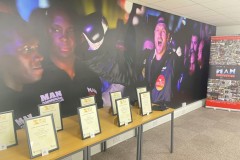 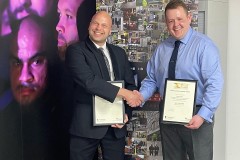 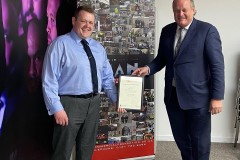 On 24th May, MAN Commercial CEO Iain McCallister and People & Communications Director Laura McCarthy travelled to Essex to visit our other regional winners, the team at The Brewery shopping complex in Romford, who are now proud owners of the title ‘BSA Best Team – London 2022’.

BSIA Head of Marking and Communications was also in attendance for the special presentation, where he gave the team their certificates, badges and a letter of commendation from Mike Reddington, BSIA CEO. We were delighted that almost the whole security team were able to attend, along with The Brewery Centre Management Team.
Centre Manager Tom Stobbart, said of the teams’ achievements over the past 12 months, “The Brewery is very fortunate to have the most dedicated security team. I feel to simply state that they go above and beyond their remit is not only an understatement but does not do them justice. The team members are continually beaten and berated by the public but never shy away from their responsibilities, reduce the level of customer service or indeed cower from helping anyone in need. This not only shows their exemplary character as people but also how fortunate we all are to call them colleagues.”

Speaking on behalf of their team, Security Managers Wasim and Abbass said, “Winning an award is always a special and a proud moment, being commended for our hard work, dedication and loyalty is a morale booster. We don’t set out to win awards but it’s an affirmation of your hard work, it’s always nice to know your work is appreciated. The team always appreciates the support received from MAN Commercial Protection Ltd when dealing with serious incidents.”

The Brewery team have long been on our radar as being exceptional role models. Following their involvement in several life-threating incidents on site, MAN Commercial have awarded the whole team with our Outstanding Act badges. 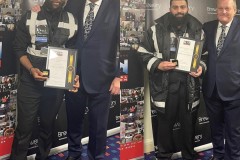 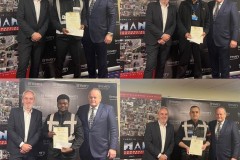 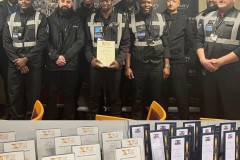 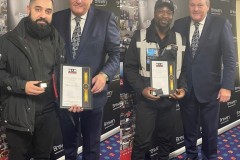 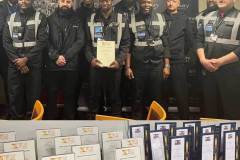 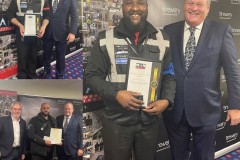 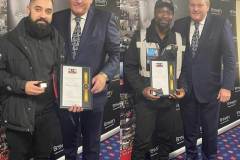 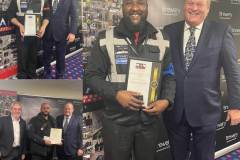 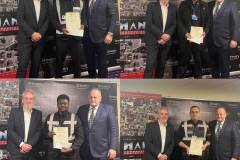 People and Communications Director Laura McCarthy said, “The Brewery team were chosen for Outstanding Act recognition after an outstanding 12 months during which the team have received praise for their handling of exceptional and out-of-the-ordinary events, such as being first response to a tragic suicide on site, preventing anti-social behaviour, thefts and assaults, and Kossi’s courage when he intervened to save a life following a suicide attempt in the multi-story car park. This team stand out from their peers not just for the volume of challenging incidents they deal with, but the way in which they tackle and resolve them, and their general approach and attitude to their roles. It is an honour to meet them all today and pass on gratitude and commendation from MAN Commercial. We are extremely lucky to have these officers on board.”

Roll on the 2022 British Security Awards to see if either of these extraordinary teams will be taking home a trophy!